WE USE THE MATERIAL TO NAVIGATE THE VIRTUAL

The WWW today is dominated by participatory and so-called social platforms. Such user-generated networks pervade our ordinary life. Much like pre-modern forms of a new technology, many of these platforms have been modelled off existing cultural forms. Cultural artefacts such as the scrapbook (pinterest), funniest home videos (tiktok), newspaper classifieds (gumtree), and talk back radio (Clubhouse) could be considered as skeuomorphs of the social web. But often the intended use of a certain platform evolves to resemble little of its intial pitch. In the case of pinterest for example, the idea of digitising a wedding scrapbook for brides to be, evolves to resemble little of its early form. Often these platforms take on a life of their own.

We are interested in what these platforms have evolved to become – how much of their original metaphor have they retained, and what this might mean for the material world.
Now that there are generations who have never known a world without computing, is the metaphor of the skeuomorph still relevant? Or does the material world start to reveal itself as a skeuomorph of the digital, ie. that the digital is used as an analogy to understand the material world, instead of the one reversed process.

If we reverse engineer these once skeuomorphic forms back into the material world will an entirely new language of cultural forms be revealed?

TikTok.
Not sure if you are familiar with it, but it’s okay. Let me explain it to you!
Tiktok is a social media platform that focuses on short-form videos. It is known for its meme, duet features, dance and comedy. Tiktok is one of the most popular apps with many active users within the time frame of one year since it launched worldwide in 2018.

Using TikTok as a network of principles, I analysed how it works as a social media platform through its algorithm, users, features, and limitation. As a user myself, I used my experience with the app to draw multiple diagrams as reasoning that contributes to the final proposal.The knowledge that I have learnt brought me to understanding this social media platform through several visual analogies. Controversial, yet, I could say, TikTok is rather a viral phenomenon. It is analogous to how viruses propagate over time. It evolves. It mutates.
It may sound scary, however, it is real. It is happening.

The final project consists of an analogue artefact, in this case, a Morphological City. Inspired by the duet feature in TikTok, the city itself is a critique. It is fictional, yet, present in the sense of how social media predominantly occupy our daily life. The city’s history is embedded in architecture and inherited through urban mutation. What is currently missing is the relationship between the architecture and the city. The lack of critical ideology that forms the basis of the city.

The proposed theoretical framework of the Morphological City is imposed within a gridded limit and architectural typology that turns into a development of a “spontaneous” city. The city is forever growing. It contains several typologies with different forms and arrangements that are designed to reflect the urban mutations based on the political nature of this social context and also, the way flexibility and growth form “informal urbanism”. 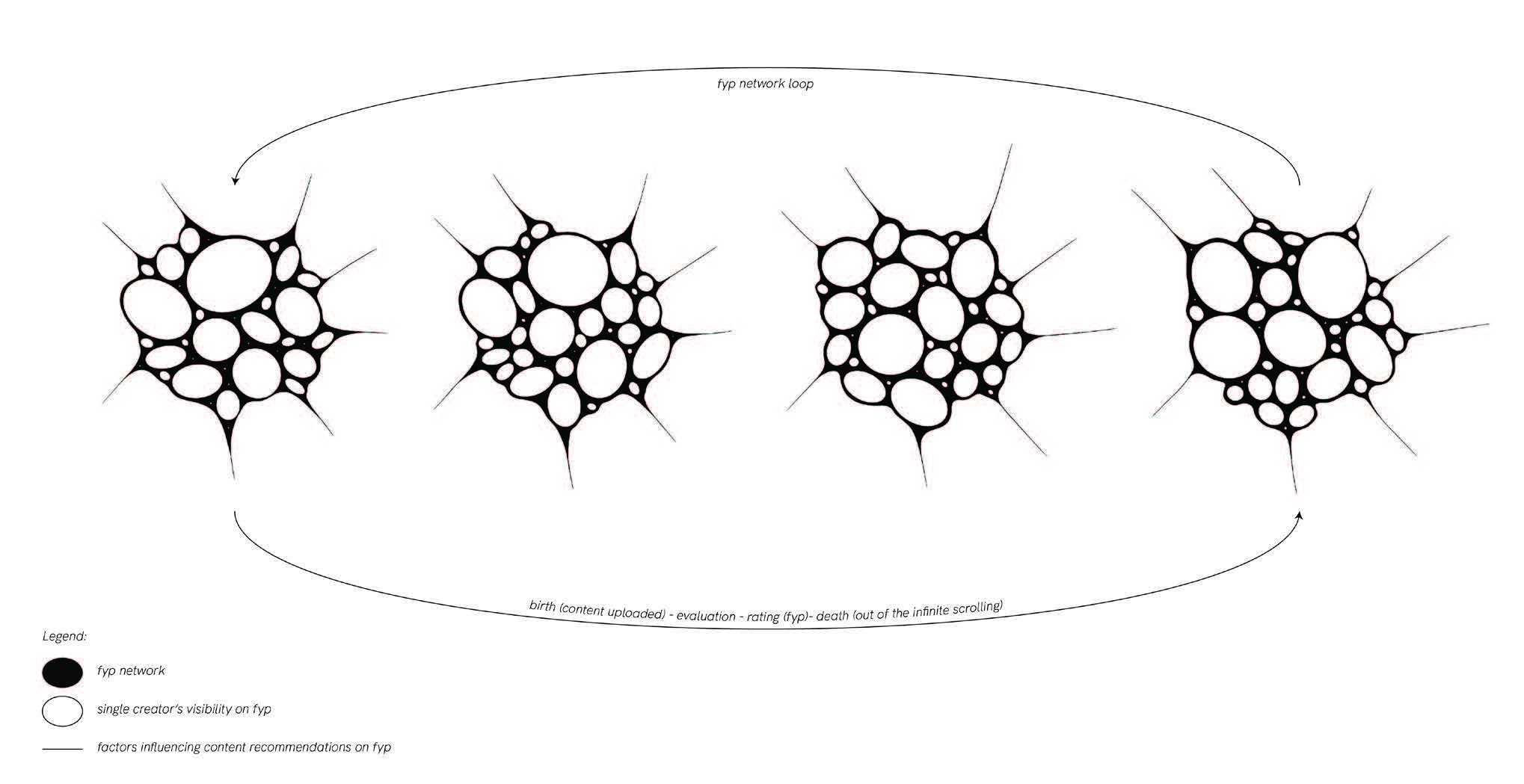 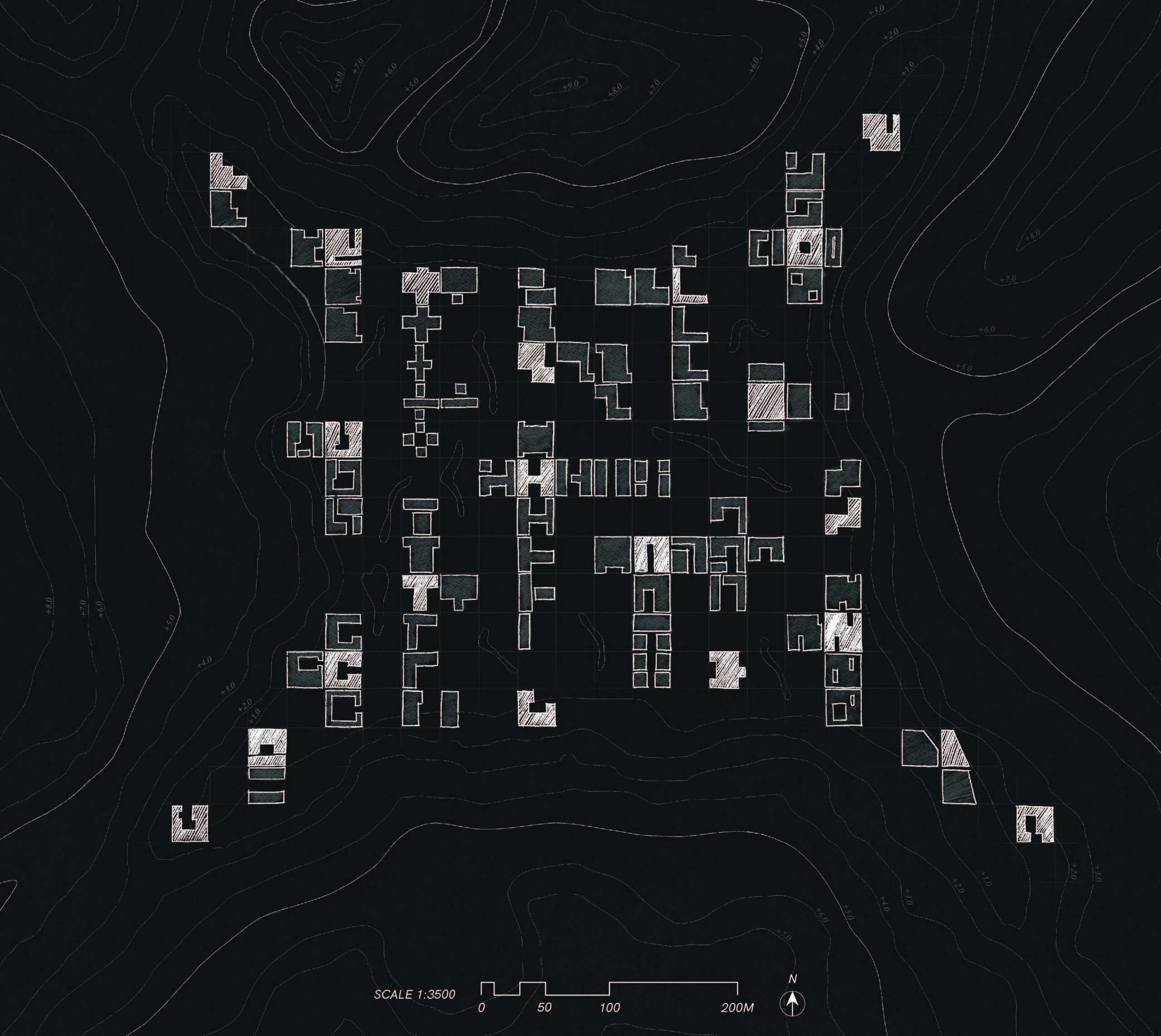 Social media. Two words that are so deeply embedded into our daily routine; you wake up and the first thing you do is check your phone – for messages, for social updates, for some entertainment to kickstart your day. Instagram is merely one of the numerous active social media platforms that a majority of our lives revolve around; and by using the digital as an analogy to understand the material world, we then delve deeper into the principles of what makes Instagram, Instagram.

Taking a step back, we start questioning ourselves about the effect this digital platform has on us: all these relationships we form here, all the ‘likes’ we receive, do we have all that just because of the image that we put forth to the public? What if we uploaded an unfiltered version of ourselves – would the reaction from the public be the same as when we are filtered? Filtering for the sake of influence, this is what the current generation strives for; a literal picture-perfect life and in return, riches and fame.

By using architecture as a means to critique the current society, we explore several notions of social constructs and relationships that lead us to think and live the way we do today. Does the world really revolve around the superficial and the capitalistic? 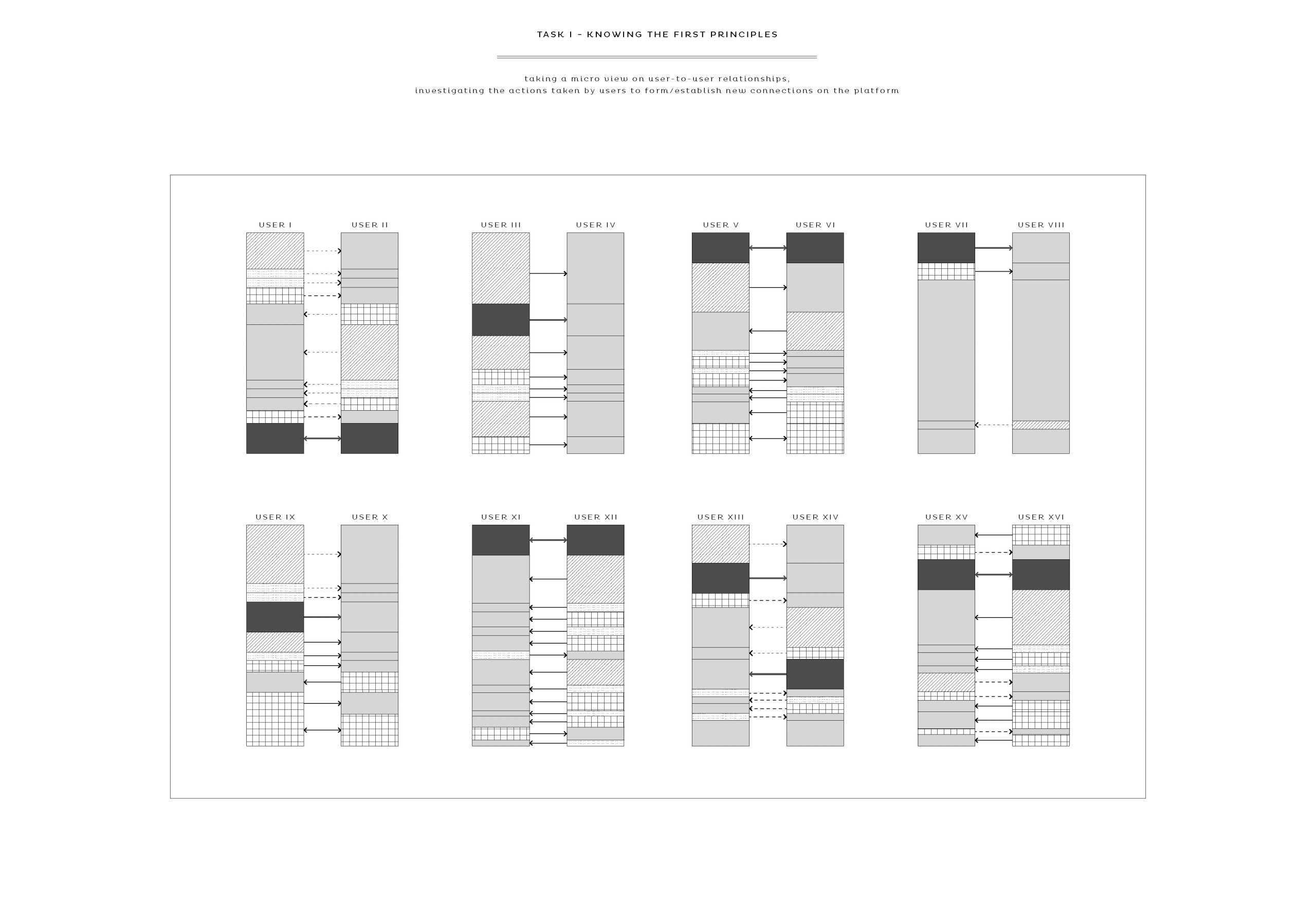 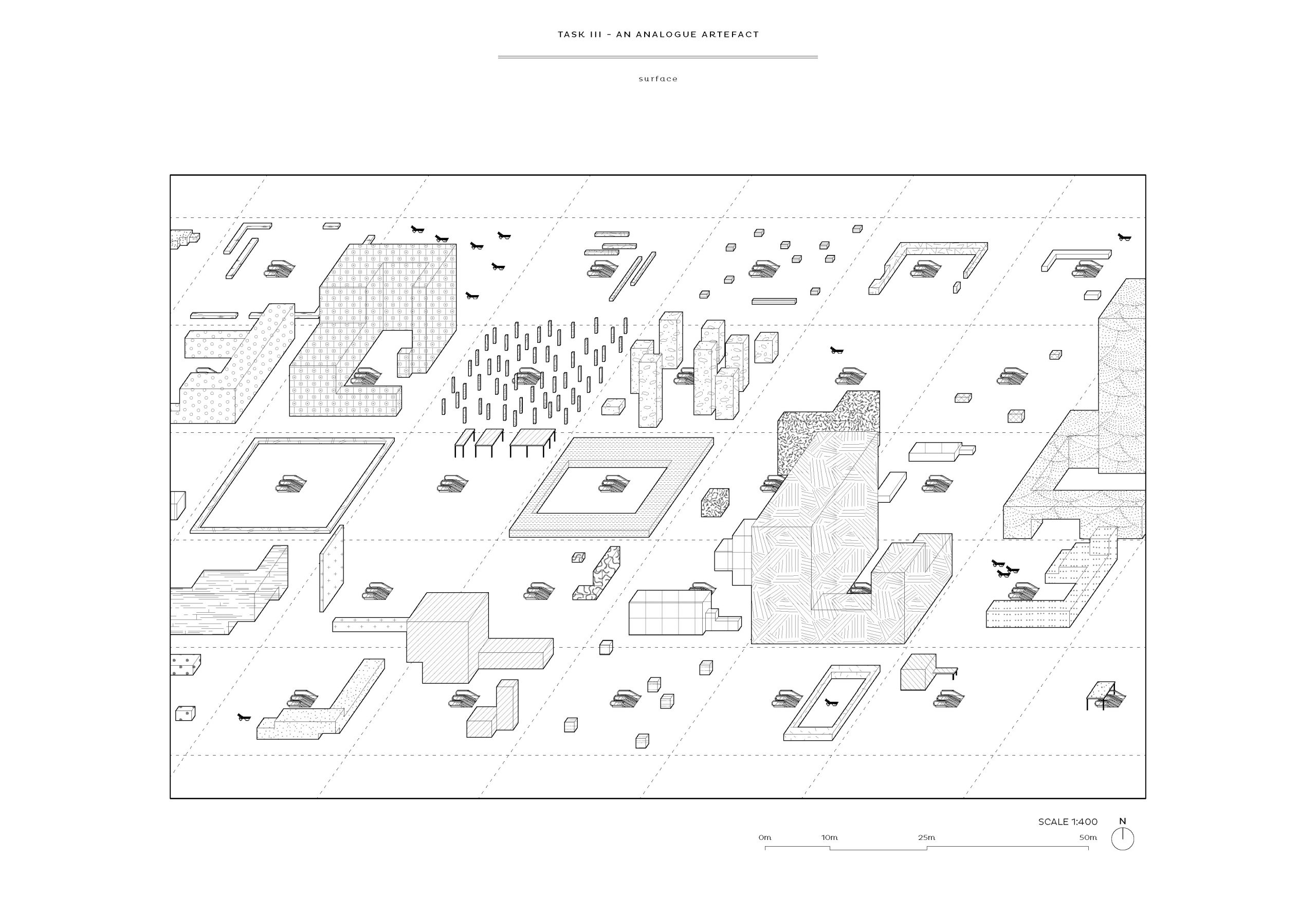 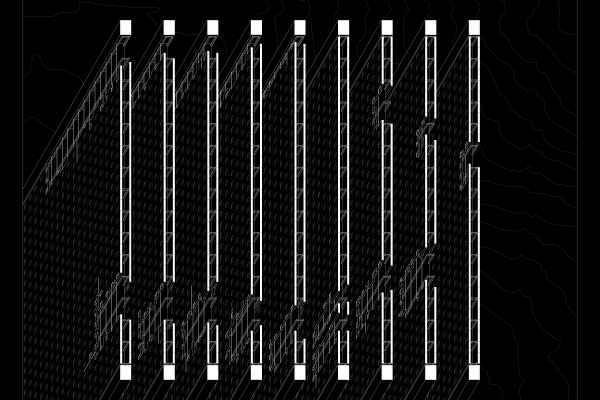 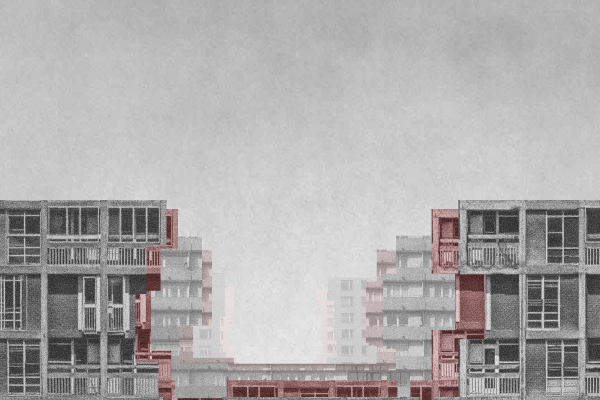 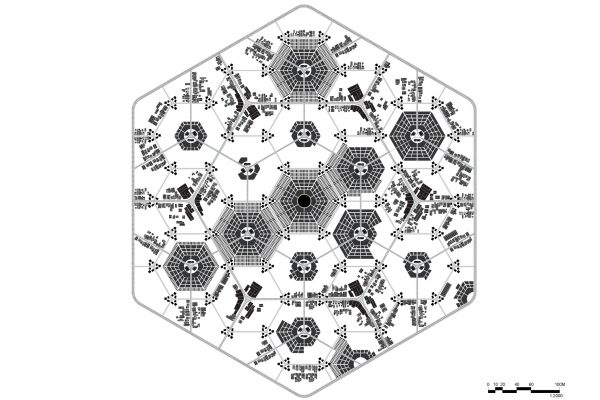 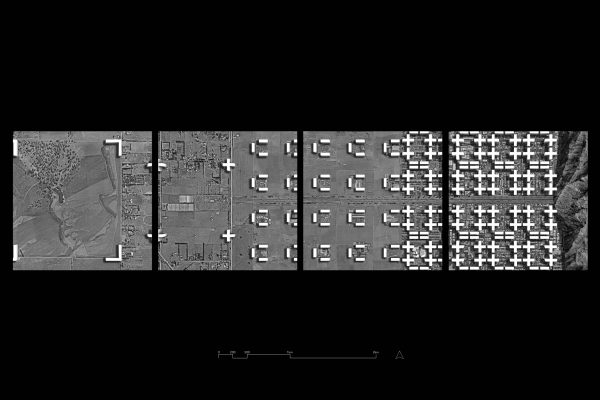 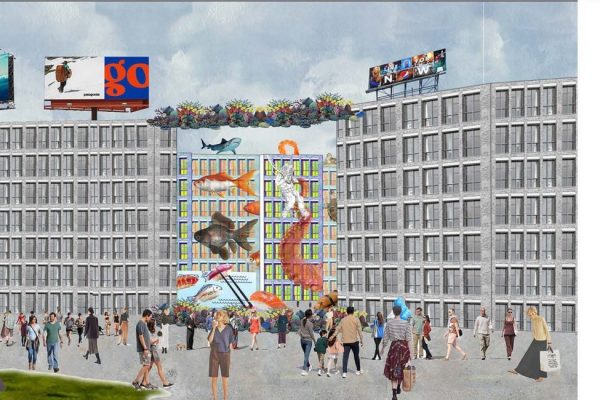 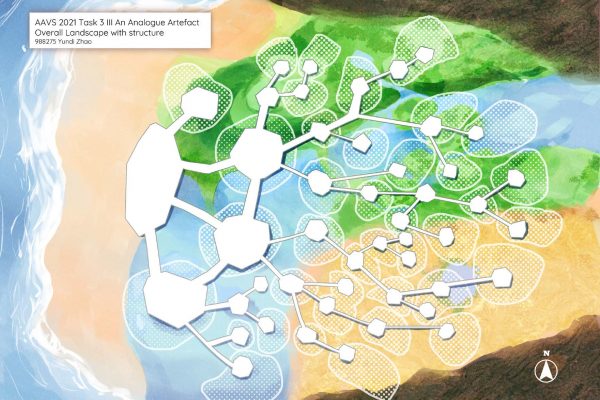