A collective of artists, designers, architects, filmmakers and digital disruptors. 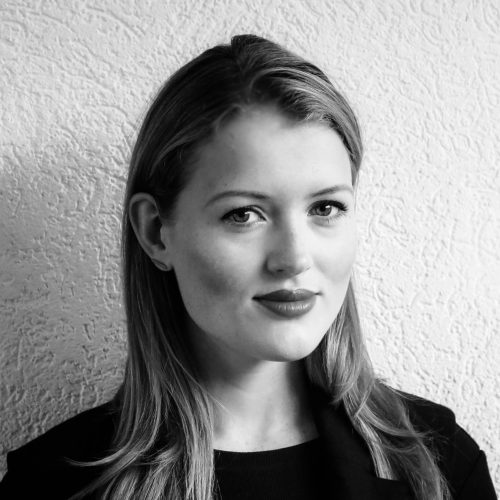 Designer based in Switzerland working at the intersection of technology, media and architecture. Currently the Head of Digital Experiences at wowl, a Swiss XR and immersive media company working for brands such as Omega, Cartier and Swiss airlines. Previously a design researcher at the EPFL+ECAL lab leading a two year research project on designing immersive experiences for public spaces for the Montreux Jazz Festival UNESCO digital archives. She holds a Masters of Advanced Studies in design for digital innovation from the Ecole polytechnique fédérale de Lausanne (EPFL) and ECAL design school (Switzerland) as well as a Masters in Contextual Design from the Design Academy Eindhoven (Netherlands) for which she received the Gijs Bakker and Keep An Eye Award for excellence in design research. She received her Bachelors from Wellesley College (USA) in Architecture where she completed her undergraduate architecture studio courses at MIT. 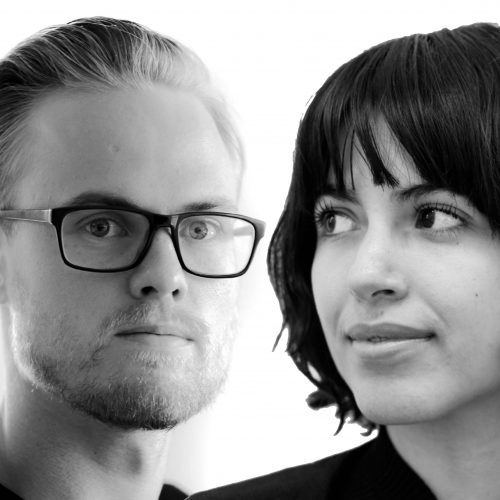 Mel Iraheta is a designer and educator with a plethora of knowledge and experience in the area of digital ntechnologies and performance, stemming from architectural practice and academia. Mel holds a Master of Architecture with Distinction from RMIT University.
Mel has six years of architectural experience in practice, working to deliver and project manage both largescale commercial and innovative institutional design projects. Shortly after graduating, Mel commenced work within the emergent architectural practice of Studio Roland Snooks, as well as developed her continued interest in academia and research through teaching alongside practice.
Mel has a keen interest in performative architecture, fueled by both scenographic strategies and novel technologies and methodologies. She is interested in both theoretical and speculative inquiry, as well as exploring the potential of fabricating and built work. Her academic research involves using computational crafting techniques such as spatial compositing, surface articulation and the visceral in order to compose spatial conditions rich in affectual atmospheres.
Mel currently works for Fologram, and teaches at both RMIT University and the University of Melbourne.

Sean Guy is an algorithmic designer with a wealth of knowledge and experience stemming from architectural practice. Sean holds both a Bachelor of Architectural Design and a Master of Architecture from RMIT University. During Sean’s studies at RMIT, he was the recipient of the ARM prize in 2016, and the Award for Design Excellence in the Master of Architecture program at RMIT University.
Sean has worked in architectural practice since 2012, and during this period has worked on a number of high profile and innovative design practice projects both locally and internationally. In particular, the projects he has been involved in have not only been innovative in their design, but have also been highly innovative in their delivery.
Sean has a keen interest in innovative fabrication methodologies and their ability to enable intricate, highresolution mass customized architectural systems. Sean has extensive experience and knowledge in robotic fabrication methods, large scale 3D-Printing and augmented reality assemblies.
Sean currently works for Fologram, and teaches at both Monash University and the University of Melbourne. Sean also curates the design practice ‘The Different Design’. 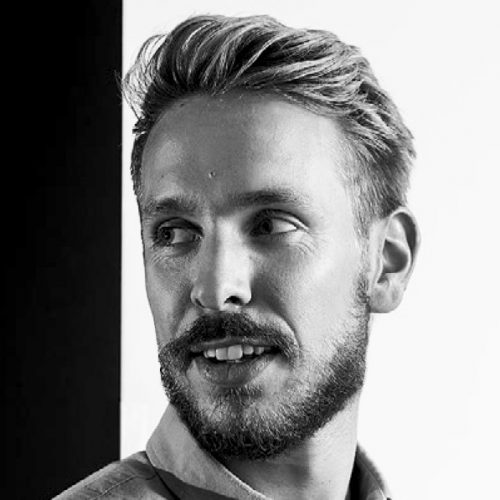 Digital experience designer and Architect delivering projects that bridge the gap between physical and digital. His work spans experimental installations, research expeditions, short stories, architectural prototypes and a design festival with a focus on new media and emerging technology. His work has been featured internationally in print and online. Most recently, as the Digital Innovation Fellow for the State Library of New South Wales, he delivered an interactive pavilion that turns paintings into music.

Ariadna graduated from Interior Design in 2009 (EINA, Barcelona), to then work as an Art Director for advertising, cinema and music videos. In 2009, Ariadna joined the AA School, where she graduated in 2014. After that she joined Foster and Partners, where she has worked on a wide range of projects, both in London and Mexico City.

Antoine first studied architecture in Lausanne before moving to London to join the Architectural Association, where he graduated with Honours in 2013. During his studies he has worked in several of offices in Zurich, London and Brussels. After graduating Antoine moved to Tokyo and Mexico City, where he respectively worked two and one years. 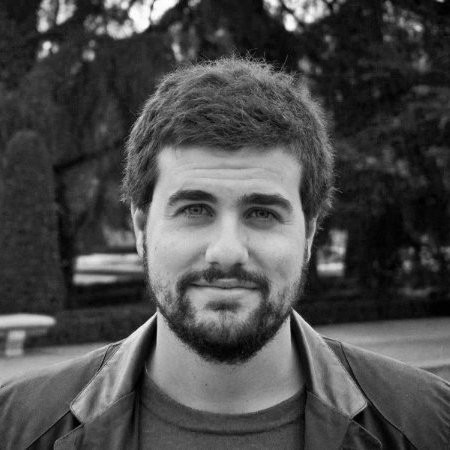 Álvaro F. Pulpeiro is a Spanish filmmaker based in Bogotá, Colombia. After being brought up between Canada, Brazil and Australia, Álvaro collaborates on diverse projects along side Dominique Gonzalez-Foerster, Charles Arsene-Henry for the LUMA Foundation and is part of 89+; a collective curated by Hans Obrist Ulrich.
Álvaro has directed and produced Sol mihi semper Lucet (16’, 2015), a short film intimately exploring the colossal West Texan landscapes which was selected for the 2015 Play Doc Film Festival, L’Aternativa Festival de Cine Independiente de Barcelona, Porto / Post Doc, Curtocircuito and Alcances Film Festival in Cadiz.
His film Nocturno: Ghosts of the Sea in Port (72’, 2017), produced by A Cuarta Parede Films, premiered at the FICX in Gijón and was the Official Selection for Documentaries at the Edinburgh International Film Festival this year.
Álvaro pushes the boundaries of filmmaking and is currently working on new large format project between the Colombia-Venezuela border. 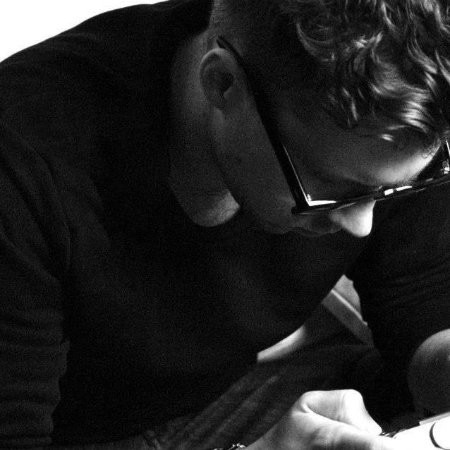 Sergei Maier is an Architectural Artist graduating from the AA and focusing on the intersection of digital and physical realities he works in between Frankfurt and London. 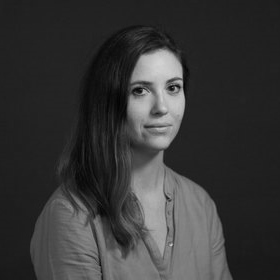 Andréa is a design theorist, architect and researcher based in Montreal. She works laterally between the realms of strategic design, architecture, trend analysis and speculation. She is interested in a systemic understanding of complex phenomena, problems (and messes) that impact built environment.

Andréa received her masters in architecture from Université de Montréal in 2013. In 2015, she completed a post-graduate degree in Moscow in Hybrid Urbanism at Strelka Institute for Media, Architecture and Design, where she then worked as a researcher and hybrid urbanist. Andréa also worked for several years as a design strategist for The Commons Inc, an architectural think tank and strategic design consultancy firm in Montreal where she co-authored The Civic Assets Atlas, a major research on cities’ civic assets. She is now helping build Manoeuvres, the first think tank for public space in Montreal, where she is planning a new kind of collaborative “Manifesto for public space”. 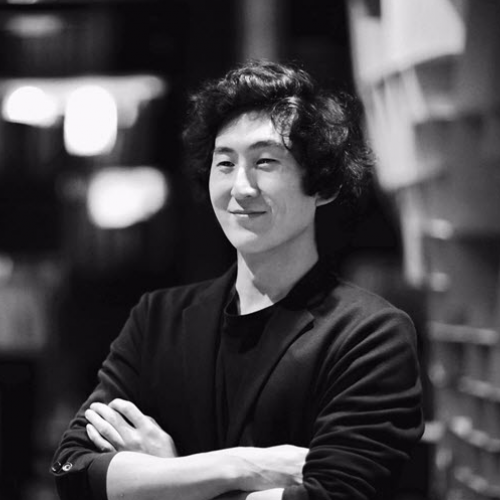 Designer, narrative animator, and digital craftsman. Mond Qu is the founder of United Make, an experimental think-tank and multi-disciplinary studio based in Melbourne. Mond pushes the frontiers of design through the act of making; from deep materials research, visceral immersive experiences, interactive artworks or modular furniture, to large-scale speculations. Working in research, practice and teaching internationally, Mond challenges designers to innovate and embrace the challenges of the 21st century and is the Director for the AAVS Melbourne 2018.